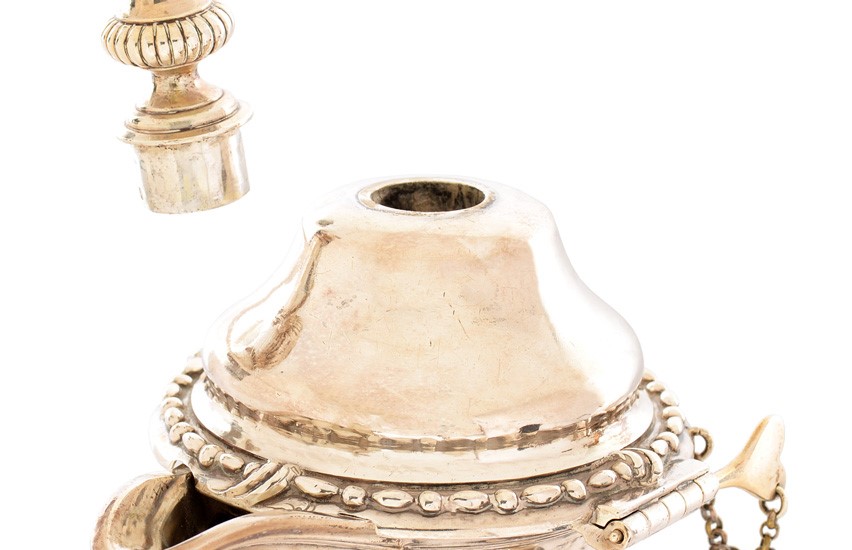 When young Britons woke up and smelled the coffee – or was it that intoxicating sophistication – the espresso machine and jukebox of the coffee bar came to symbolise late ‘50s and early ‘60s popular culture.

Impossible to recapture by contemporary coffee chains such as Costa and Starbucks, there is perhaps a glimmer of the same cultural aura in the more distinctive artisan coffee houses such as Nottingham’s 200 Degrees, which is often so busy you have to wait for a seat.

It is impossible to view the chain store coffee shop as glamorous because there is one in almost every street, jostling for space between Pret, Greggs and many other shops that serve coffee.

Something of the magic to be had from savouring the best coffee, tea and chocolate is clearly lacking, but just imagine the effect it had when it first arrived in London in the 17th century.

Then those beverages were exclusively a prosperous man’s drink.  Only later would fashionable women enjoy tea and coffee drinking at home with their friends.

The London Coffee House or Chocolate House was a place for private and public meetings, where businessmen and civil servants such as Samuel Pepys rubbed shoulders with political radicals, mystics such as Emanuel Swedenborg and dissenters of every persuasion.

The great distances and risks involved in importing the raw ingredients meant that Londoners’ caffeine hit was certainly not something to be taken for granted.  In cups and tiny bowls, sometimes called ‘dishes’, the pricey drinks were served hot and strong.

At first sight a superb example of an 18th century silver coffee pot that recently arrived at The Auction House is just that, except it is not what it appears and is rarer by far.

A stately object of baluster form, with gadrooned rims, it stands 32cm high and is twice as heavy as most contemporary coffee pots at 41 ½ ozs.  It was hallmarked at London in 1792, it is the work of John Denziloe.

It is a rare, genuine example of a pot made for serving chocolate.

Just over 130 years earlier only those very few who had travelled to far distant places, or indigenous peoples, would have had any notion of what we know as drinking chocolate or coffee.  The announcement for the opening of the first chocolate house in London, in 1657, is a masterpiece of understatement “… In Queen’s Head Alley, at a Frenchman’s house, is an excellent West India drink called chocolate, to be sold where you may have it ready at any time, and also unmade, at reasonable rates.”  I doubt the price seemed anything but “reasonable”.

England was then still a republic, governed by Lord Protector Richard Cromwell (1626-1712). Nicknamed ‘Tumbledown Dick’ he was a sad and ineffective successor to his brilliant father Oliver.  Chocolate and coffee drinking really took off with the end of the interregnum and the arrival of that merriest of monarchs, Charles II in 1660.

The sometimes meteoric increase in the consumption of chocolate, coffee and tea was affected by fluctuations in supply and demand over the ensuing centuries.  Stockpiling and shortages, smuggling and old-fashioned adulteration did nothing to deter the British obsession with the steaming brown brews.

In the Victorian period especially, sales of chocolate and coffee were boosted by the vigorous campaigns of the Temperance Movement which sprung up as a consequence of the dreadful effects of ‘mother’s ruin’ or gin drinking and alcoholism that had been so shockingly depicted in the engravings of William Hogarth in the mid 18th century.

Spirits and strong liquors were the drinks of the urban poor. In cities and larger towns the water was so polluted with sewage and rotting corpses – animal and human – that for many it seemed the lesser evil.  Wine was mostly unobtainable in quantity and to present day tastes largely undrinkable.

So, what are the features that distinguish an 18th century coffee pot?  The obvious clue is that the lid is detachable, held in place by a pin on a chain.  But the crucial difference is that because chocolate needs to be stirred, there must be a closable aperture in the lid or else, as in the upmarket example, a removable finial.

The stirring rod, which would have been of silver, wood or even glass was known as a ‘mill’ or molinet.  All are rare.

The maker, John Denziloe was one of the leading London goldsmiths (confusingly, the correct name for ‘silversmiths’) was a maker of high quality, mainly domestic silver articles especially ‘tea wares’ and goblets.  His Aldersgate workshop was located close to many of the larger London chocolate and coffee houses.  It was also surrounded by other distinguished silver workers.  Denziloe registered his maker’s mark ‘JD’ at the London Assay Office in 1774 and worked for around 30 years.

He was born at Bridport, Dorset in 1750.  His father was a butcher and his mother a haberdasher.  After serving his apprenticeship in London he set up as an independent maker.  Research suggests that he produced many pieces for others to finish and mark as their own work, which explains the relative scarcity of his restrained, handsome teapots, jugs and sauceboats.  No other example of a chocolate pot by him appears to have been recorded.

Despite its 250 years or so it seems to have had little use, but nothing is known of its history.  Ticking all the boxes as a true collector’s piece and despite the £1,200-1,800 estimate, I might not be able to resist trying it out before the sale!