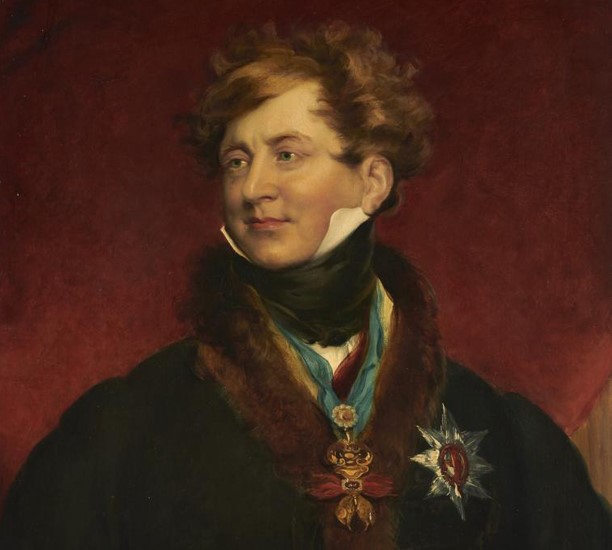 Royal bribed cartoonist not to depict him in “immoral situation”

Imagine the reaction to this news when the conduct of powerful men in the wake of the Weinstein and Epstein scandals is in the spotlight.

The brightest, or at least more charitable of our fellow citizens would be incredulous and assume it was a hoax but it isn’t April Fool’s Day and what I have written is true.

The story was, in classic British style, ‘buried’ but proof exists in the form of a receipt preserved in the Royal Library at Windsor Castle.  And it wasn’t an isolated act of bribery by his dissolute and corpulent majesty King George IV, the former playboy Prince of Wales (1762-1830).

Every royal personage, politician or captain of industry knows, or should know, the importance of the common touch, that intuitive or else carefully honed appearance of empathy with others.

In politics those with it are well on the way to being elected, those without it have no chance whatever promises their party’s manifesto may hold out.

One reason the polls have been so unreliable in the run up to recent elections is because although tactical voting is more spoken of (by the pundits) than practiced the voters are not dispassionate.  They may, for example be prejudiced by the character (as they see it) of the candidate or party leader.

Ill-judged remarks or evasive answers to questions and doubts over personal conduct and commitment brought the house down during the recent televised leaders’ debate.  Everyone seemed to agree that only the questioning audience emerged with any credit.

The effect, especially where there is no empathy is devastating to politician and prince alike.

That was not so in 1820.  Two hundred years later the consequences of a careless word or stupid (or wilful) misdeed will result in the VIP instantly forfeiting the ‘VI’.  No one can brazenly tough it out in the face of an avalanche of criticism.

George IV’s self-centred life of extravagance, his ill-treatment of his German wife and bigamous secret marriage to Mrs Fitzherbert at a time when he was in effect King, ruling on behalf of his father George III, was an unhappy prelude to his own coronation in 1820.  That event was the grandest in British history.  Leading caricaturist George Cruikshank (1792-1878) was merciless in his portrayal of this vain, hedonistic man, but happily accepted the King’s bribe of £100, although he had no intention of sticking to his pledge to refrain in the future.

Publisher Lewis Marks cost rather more to buy off at £500.  He thereafter heaped fulsome praise on the King’s qualities to ludicrous effect.

George IV to his credit assiduously collected caricatures as they were published and he greatly enjoyed those that poked fun at the church and government but his sense of humour stopped short when he was the butt of the joke.  He hit back when Leigh Hunt penned a powerful critique in ‘The Examiner’, a newspaper, accusing George of being “a [liar], libertine… in debt and disgrace… companion of gamblers and one who has no claim on the gratitude of his country”.  For this poor Hunt was charged with intent to “traduce and vilify” the Prince and fined £500.

At the time of his accession George was taken ill, his recovery providing Cruikshank with the title of one of his typically funny satires “Quite Well Again” featuring the newly crowned prince with an arm around each of two of his mistresses.

Cruikshank, like James Gillray before him was brilliant at getting his message across, making an example of an out of touch prince who was flagrantly ‘in touch’ in a quite different way!

Cruikshank eventually grew tired of drawing caricatures taking up the more profitable work of an illustrator.  Until they fell out e was a friend of Charles Dickens and also William Makepeace Thackeray (himself a talented artist) and other writers.

He did not altogether abandon caricature, illustrating his annual Comic Almanac which ran for 19 years.

That for 1844 now at The Auction House is typical.  The top of the page illustration features an array of instantly recognisable oddities, lined up from Queen Victoria (“I Govern All”) on the left and ending with the devil (“I’ll Have All”) on the right.  Centre stage is a layer (“I Cheat All”).

In all Cruikshank drew over 10,000 socio-political prints. Once a heavy drinker, he became the most prominent advocate of temperance and the banning of smoking.  This, together with his fervent ‘John Bull’ patriotism, characterised by a streak of racism enhanced his already considerable esteem.  So famous was he that he was re-buried in St Paul’s Cathedral, soon after his death.  He had a darker side for far from being a blameless character it was revealed on his death that he had led a double life with a mistress with whom he had 11 children.  His wife and friends had never suspected anything which says much of his self-assurance.

A prince who believed he was more sinned against than sinner, I can’t help wondering, had it existed at the time, if George IV would have sought to justify himself in a tv grilling and how that would have gone down in 1819.

An early copy of Sir Thomas Lawrence’s fine portrait of George IV went under the hammer at Mellors & Kirk last Thursday and the unmissable exhibition * George IV: Art and Spectacle at The Queen’s Gallery Buckingham Palace runs until 3 May 2020.