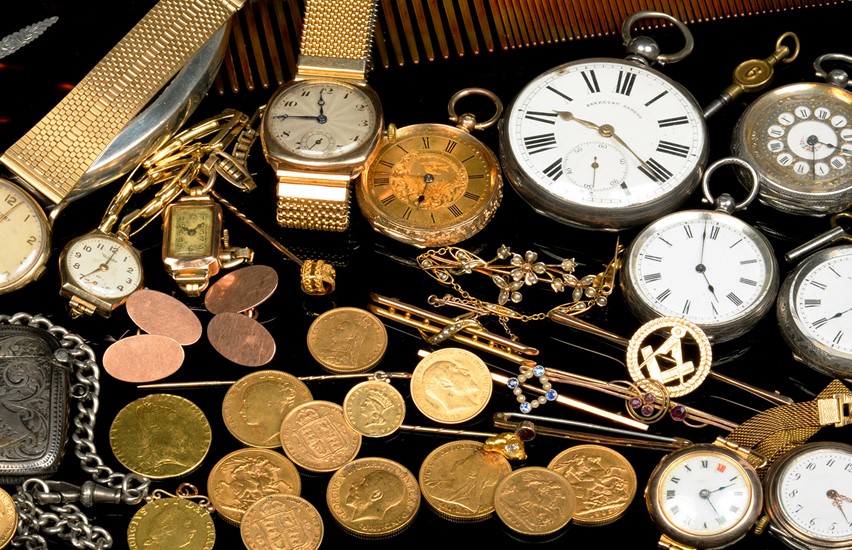 Last week almost without notice a milestone was passed.  It is twenty years ago that Prime Minister Gordon Brown embarked on his policy of selling around half of the UK’s huge reserves of gold bullion.

It was a highly controversial move because many people, who would not class themselves as wealthy, view a ‘golden nest egg’ as more secure than their bank account.  It is the ultimate insurance policy, an instance of which I witnessed here only this week.

In all 395 tons of the yellow metal were flogged off by the government.  It was snapped up at rock bottom prices by  Chinese, Russian and many other eager buyers.

The PM’s timing could not have been worse.  Already at a near twenty year low his announcement pushed the price lower still as the reeling market digested such a large disposal.  Since then the price of gold has more than quadrupled.

The essential cornerstone of our recently much discussed venerable constitution is that decisions of one government cannot bind a future administration.  The courts are there to guarantee fair play under the constitution and laws.  The effect is that whether the actions of here today, gone tomorrow politicians be thought smart, intransigent or just plain daft, only history will show.

The argument at the time was that the funds realised by the gold could be put to better use.  After all, gold pays no interest, but then do your hard-earned savings?

For those with a little money to spare, it is wise to have a proportion certainly no more than 5 or 10% of it in the form of precious metals, especially gold.  And I’m talking about real, shiny physical, uncomplicated gold – bars, coins, jewellery - not financial instruments such as exchange traded funds.

Most gold is mined in countries that are politically less stable which makes shares in gold mining companies far riskier an alternative.

Seldom is physical gold tipped in the money and investment pages of the weekend papers, which are full of advertisements for investment trusts run by star performing managers.

They point out that gold is best not kept at home because, obviously, it could be stolen and may prove difficult or costly to insure.  The loss of wealth seems to worry some people more than even the possible loss of their health.

When gold rocketed in price a few years ago, ‘gold buying’ shops sprang up in towns across Britain.  Those who entered rarely sold their gold for a fair price.

Before the UK abandoned the Gold (specie) Standard in 1925, the British people, even the poorest who never handled it were aware of the real worth of gold and silver because they were the metals of the principal coins in circulation.

A gold sovereign which still has a face value of £1 and is the same diameter as the present pound coin contains 7.9grams of 22ct gold and is presently worth about £240.

With the nation obsessing, or so it seems, about house prices stagnating or the impossibility of those who haven’t yet got on the housing ladder, the value of gold fluctuates largely unnoticed. That’s why people fall prey to very lowball offers from seemingly friendly High Street ‘family jewellers’.

Asian owners of gold jewellery could teach the rest of us a lesson. To Asian communities gold has long held cultural significance.  They eschew 9ct or ‘rose’ gold, which contains much more copper (62.5%) than pure gold (37.5%) preferring to buy almost pure 22ct gold.

One local owner’s attachment to the precious metal became clear on the visit of a couple to a Mellors & Kirk valuation day recently in North Nottinghamshire.  An aunt had died whose modest home contained a secret. There was a safe but it was empty.  Instead, a small box had been secreted under the floorboards, perhaps 50 or 60 years ago.

It was eventually located and the contents, consisting of several pocket watches, watch chains (‘alberts’), sovereigns and other ‘bits and bobs’ of gold together with a few old-fashioned rings will be offered in several Mellors & Kirk auctions. It will sell for about £20,000.

Had the owner not remembered this treasure chest in miniature the house would have been sold and no-one would have been any the wiser.  Such stories are not unusual. In 2017 a lucky piano turner in Bishops Castle, Shropshire discovered over 900 gold sovereigns hidden in an old upright piano such as we would have turned away from The Auction House!

During wartime or emergencies, the tendency to hoard valuables is understandable.  That’s why there have been reports of people and especially businesses laying-in extra stocks and supplies in case there is disruption over Brexit.

Gold no longer has any real, practical application but no other element is of such cultural significance.  It has been the principal expression of regal status and is imbued with an almost mystical power to fascinate since the dawn of civilisation. It is the stuff of legends and figures prominently, for example,  in Greek mythology, most notably the story of King Midas.

A hundred years from now historians may well see our time as significant as was the first Industrial Revolution.  It seems inevitable that the notion of an inter-connectedness of everything is gaining wide acceptance.  As ‘money’ is vanishes with the rise of cashless means of exchange and the Huawei leak shows many are concerned at just one of the potential systemic risks to which nation states and entire populations could be exposed.  Since there would be no demand for gold in a Utopia, I do not see many following Gordon’s example and ditching their gold any time soon.