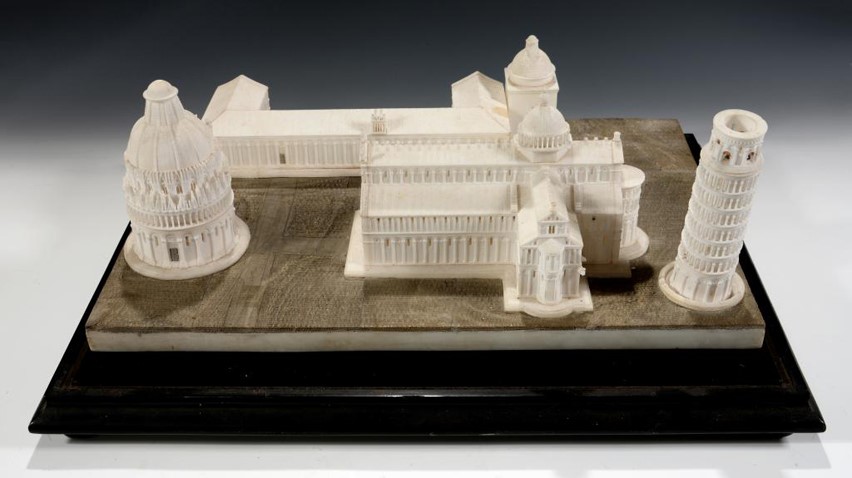 A tremendous success best sums up the outcome of the sale of Harold Ward’s Collection at The Auction House earlier this month.  Many of those who attended the Sale of the £½ million collection found it instructive in more ways than one.

The level of interest can only be described as ‘phenomenal’ and some of the keenest collectors mingled with the many curious who came to see the entire contents of one person’s home go under the hammer.

A sad occasion it was not because Harold rescued and preserved objects at a time when many were overlooked which means that they will now reside in houses from New Zealand to New Hampshire, from Kolkata to Chile.  But many of the star lots will remain in the United Kingdom.

There was a buyer for practically every item.  The reason had much to do with people sharing my perception that this really was a house where time had stood still.

Before that he had visited China and like many foreign officers sought out the artist always known in the west as ‘Spoilum’ (working from circa 1785-1805) who was the first Chinese painter to adopt western techniques.  His work is mostly in museums and it is extremely rare for an unrestored and unrecorded example of his portraiture to surface.  The bidders were not put off by the filthy varnish because when it has been expertly cleaned and the very thin and cracking paint consolidated, it will look stunning.

Lord Byron featured prominently in the collection, as the acquisition of anything to do with the great poet became a lifelong obsession with Harold Ward.  The ‘Cult of Byron’ has also spread worldwide and at least three keen bidders from Greece – where Byron went to support the Greeks in their struggle for independence – were in action.  One flew in especially to attend the Sale.

The highest price in this section was £28,000 paid by a local man for a small, derivative marble bust of Byron dating from the mid to late 19th century.  A dramatic shadow profile of Byron’s head made in Southwell about 1806, possibly by John Leacroft, came in an impressive gilt frame of Victorian date and was pursued to £1,600 before the hammer fell.

Also selling to a bidder in the Saleroom was portrait of Elizabeth Pigot of Southwell who befriended the young Byron and instigated the appearance of his first published book, printed at Newark in November 1806.  By an unknown artist, the extensively restored oil on canvas was painted in about 1830 and went for a huge multiple estimate bid of £9,000 to a local man.

A tiny wax statuette of Byron by J Cave of London made in 1834 and standing beneath a glass dome sold at £4,800 and a rare letter by Byron’s daughter and fellow genius Ada Lovelace, who invented the algorithm, sold for £3,500.  Harold Ward had bought it from a London dealer in manuscripts in 1961 for under £30.

Three items that would have been just as striking a feature in an old or contemporary interior were an elegant pair of Regency (early 19th century) mahogany side tables on reeded legs, much in the manner of Gillows of Lancaster but ‘made up’ or reconstructed at somewhat later date.  Selling for a surprising £10,000 to a New York bidder they confound the perception that ‘brown’ furniture no longer sells.  The two other items were a small alabaster model of the monuments of Pisa, including the Leaning Tower. It was probably acquired by one on the Grand Tour in the early 19th century and sold for £4,500. A magnificent 18th century gilded mirror went at £5,500.

For those with plainer tastes, a lovely example of a classic 18th century English Windsor chair is of design simplicity itself.  It still retained some of the original thick dark green paint and had no difficulty in attracting admirers finally selling for £1,300.  Prices realised are subject to buyers’ premium (24%).