Posting Box Designed by Pugin for the Palace of Westminster 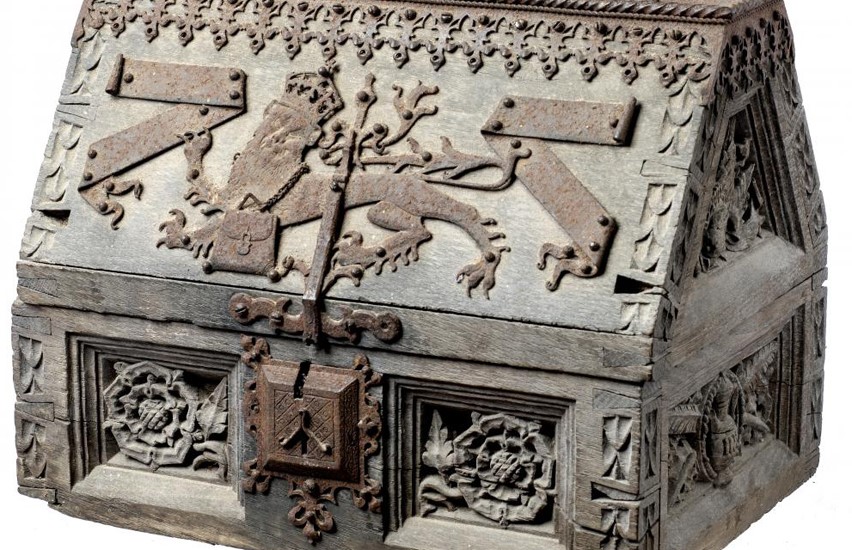 MPs and The Lords are soon to be ejected from the Palace of Westminster.  And a good thing too, you may think given recent events.

Think again however because the taxpayer is facing a £5.6 billion ‘life or death’ repair bill for the historic palace, after many years of neglect.

Our Parliamentarians will move out in 2025 and the work is expected to take until the 2030s to be completed.  As anyone who has embarked on a building project knows, the eventual cost could be a lot higher.

Is it worth it?  I firmly believe that it is.  The New Palace of Westminster, for that is what it was once called, rose from the ashes of the medieval seat of parliament which was accidentally burned down in 1834.

The scene of the dramatic night time blaze profoundly influenced artists such as J M W Turner and poet Samuel Rogers.  The most regrettable loss was probably the ancient library.

When the present supremely well-designed buildings were completed the nation had an architectural masterpiece, every detail of which both inside and out was superbly designed and made.  It took five times longer than the predicted six years to create, involved the reclamation of eight acres of land from the River Thames and cost in all £2 million.

One man above all others involved in the project fully deserves his posthumous renown.  Augustus Welby Northmore Pugin’s Roman Catholicism informed every aspect of his life and work.  A medievalist, contrary to received wisdom he was not opposed to modern methods and technology provided they did not tend to deaden the individual worker’s innate creativity which, of course, most did.

When the Prime Minister and Jeremy Corbyn stand to address each other from either side of the clerk’s table they lean, rest their hands or their papers on two conveniently placed boxes.  I have often wondered if they are aware of the significance of these magnificent despatch boxes.  They originals were designed by Pugin although later replaced.

A recent extraordinary discovery made by Mellors & Kirk is a box with a different purpose – a posting or ‘letter box’ – which was also made for parliament to Pugin’s design in about 1852.

The box’s owner had no idea of its potential significance or origin and for many decades past it has been ignominiously left under appreciated in a damp outbuilding.  Thankfully, no one decided to throw it away.  The English oak from which it is made has gone grey with the damp and dust and rust hides the amazingly delicate ironwork with which it is decorated.  The box’s most noticeable feature on the front is a lion taken from the royal arms of England, with a crown on its head, for parliament sits in a royal palace.  A postman’s satchel hangs around the lion’s neck.  Together, these symbols proclaim the box’s function as well as its origin.

It is an exciting and important find.  How and when it left the confines of Westminster no-one knowns but it must have been at an early period because research by the expert staff that care for the collection of historic furniture and decorative art on site at the Palace of Westminster have concluded as far as they can tell it is part of the Palace’s original sumptuous furnishings, even though no other example has hitherto been found with which it can be compared.

That two or more such boxes would have been made for Westminster is beyond doubt and, crucially, there is a reference to Pugin’s having designed them in a letter from Sir Charles Barry (1795-1860), the architect who, with Pugin’s assistance, won the competition to design the New Palace of Westminster defeating 96 other architect’s schemes.

The beautiful ironwork was made by John Hardman Junior of Birmingham whose firm’s connection with Pugin was characterised by a grace and excellence in every one of the gothic revival iron, brass and silver articles, especially the many for churches, that left its workshop.

Pugin, who died in 1852 aged only 40 after suffering a complete breakdown was a brilliant, driven, highly creative genius whose tragic early death was a loss equalled only by that of inventor and civil engineer Isambard Kingdom Brunel (1806-1859).

Two of Pugin’s best churches are to be found in Nottingham and Derby.  St Barnabas Cathedral in particular, built between 1841 and 1844 is one of his most beautiful and well preserved interiors full of light and a muscular energy.  It was largely financed by the Earl of Shrewsbury, Pugin’s most valuable patron whose home, Alton Towers Pugin altered, enlarged and furnished between 1837 and his death.

For both of these complex characters their Catholicism and architecture were inseparable.  Alton Towers delighted Pugin, calling it “a heaven” long before theme parks were thought of.