The Jewellery department at Mellors & Kirk has a track record of achieving outstanding results for jewellery of all eras.

From late Medieval posy rings, to Georgian foiled gemstone and paste jewellery, Mellors & Kirk have a wide base of collectors for early antique jewellery. Victorian jewellery pieces from the Romantic and Grand to the late Victorian Aesthetic periods have great popularity, and 19th century rings feature in the majority of our Jewellery auctions.

At the turn of the 20th century, light and elegant Edwardian jewellery began a new era in the decorative arts. Across the Channel this era was known as La Belle Epoque, and with the emergence of platinum as a jewellers metal, it was celebrated with fine, dainty diamond jewellery of unparalleled fineness. As well as diamonds, stunning coloured stones abounded such as exceptional royal blue sapphires, vibrant emeralds, sea green aquamarines, blood red rubies and spinels. Coloured stones of this era were natural and untreated, and jewellery from this period has a timeless allure.

Art Nouveau jewellery, which inherited many of its naturalistic design ideas from English Arts and Crafts, was briefly created around 1895-1910. Mellors & Kirk are pleased to offer examples of these styles of jewellery in our sales including designers such as Murrle Bennett.

From cocktail rings of the 1950’s to exceptional modern jewellery from a range of designers such as Georg Jensen, Andrew Grima, Bulgari, Kutchinsky, Asprey and Boodles, our sales feature jewellery for all tastes and budgets, whether collector or wearer.

If you are looking to sell jewellery at auction, whether it is a single piece or an extensive collection, Mellors & Kirk can ensure your jewellery is properly researched and valued, and marketed to prospective buyers worldwide. Jewellery is included in all Mellors & Kirk Sales, including our curated two-day monthly Antique & Collectors Sales. 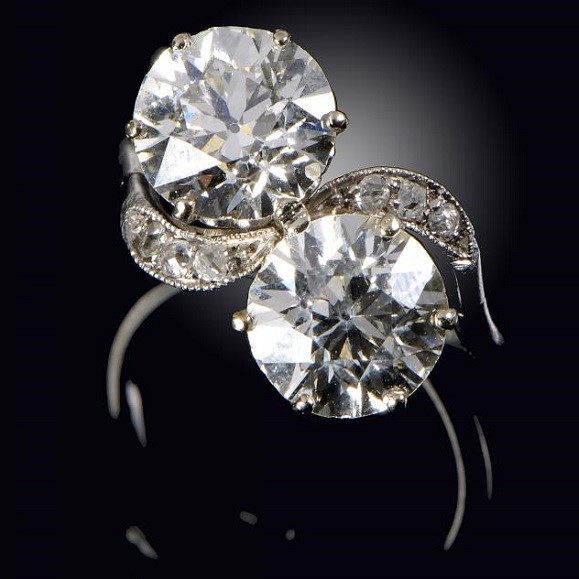