Mellors & Kirk’s specialist has over 30 years experience in Orders, Decorations and Medals.  Both single awards and groups are always fully researched and expertly catalogued resulting in numerous bids directly from collectors, some of whom are, for example interested in those awarded to men of particular regiments or individual battles or conflicts.  Mellors & Kirk has sold examples of some of the most desirable medals such as the Waterloo Medal and its equivalent, the Naval General Service Medal with Trafalgar clasp.

This spectacular group are the awards of Air Marshal Sir Lawrence Fleming Pendred, Chief Intelligence Officer Bomber Command HQ in 1941 and were sold by a direct descendant to a private collector for £7,500.

Orders, Decorations and Medals both English and foreign are always included in the quarterly Fine Art Sales, which include a comprehensive description citing reference to publication in the London Gazette and many other details which lie behind the name but can have profound bearing on the value of the lot.

Medals are included in all Mellors & Kirk Sales, including our curated two-day monthly Antique & Collectors Sales.. 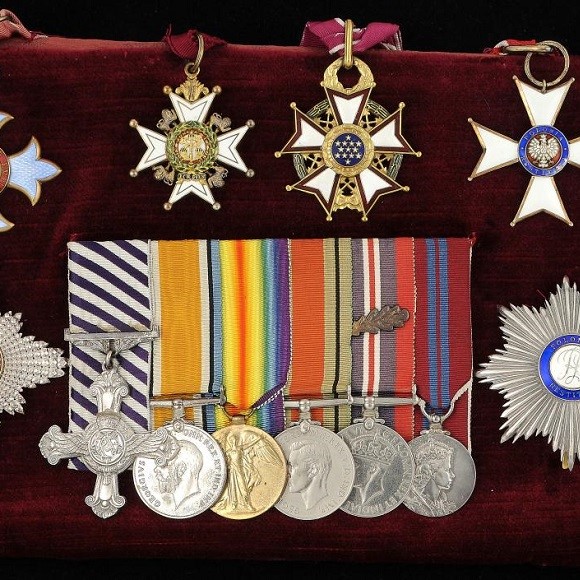