This vast field is well catered for by Mellors & Kirk which regularly sells such disparate objects as full dress uniform, RAF pilot’s jackets and flying boots, military watches, helmets, badges, pouches, belts, sabretaches and every other type of military accoutrement.  A Royal Naval Captain’s full dress uniform of the period of Lord Nelson found in the attics of a country house attic and in remarkable condition was one of the more startling discoveries made by Mellors & Kirk in recent years but it is edged weapons and firearms which are most frequently seen and for which there are the greatest number of buyers.  This fine example of a presentation sword was awarded to Captain Robert Bloye, RN (1769-1847) by the Corporation of King’s Lynn and sold for £12,000.

Militaria is included in all Mellors & Kirk Sales, including our curated two-day monthly Antique & Collectors Sales. 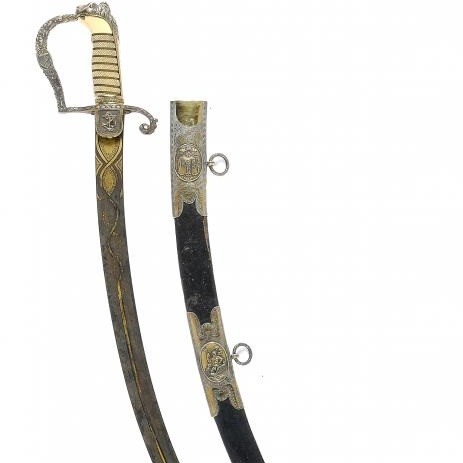